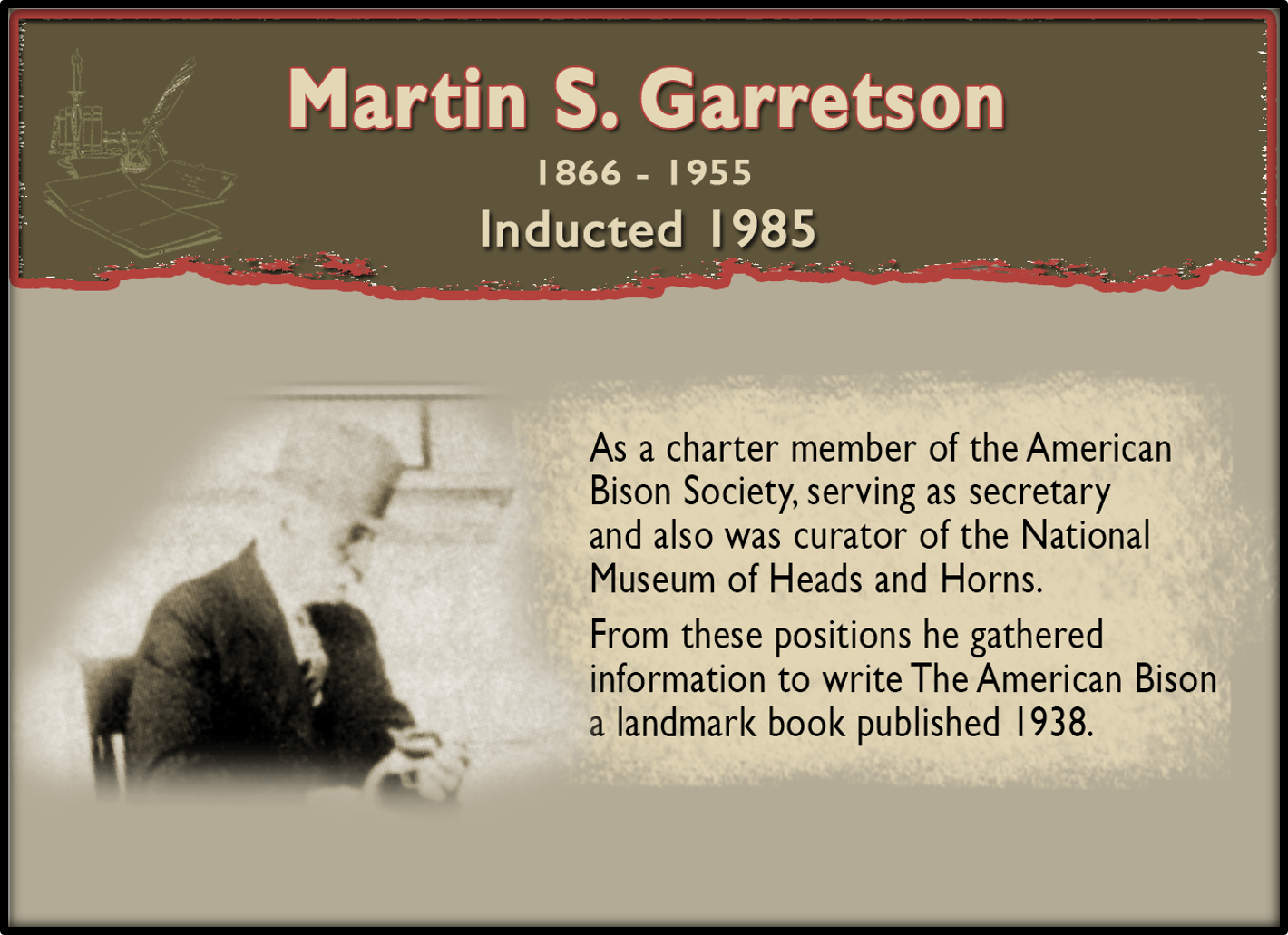 Martin S. Garretson (1866–1955) was one of the charter members of the American Bison Society, founded in the New York Zoological Park Dec. 8, 1905. Older and better-known men held the main title in the Society at first, but within a dozen years Garretson was elected as secretary, a key post. Several years later he was also made curator of the National Museum of Heads and Horns, situated in a stylish building on the zoo grounds.

From his key positions he gathered the information used in writing The American Bison, a landmark book published by the zoo in 1938. In his brief account of the American Bison Society, Garretson notes there were only two government herds when it started, in Yellowstone Park and in the Washington, D.C., zoo. American Bison Society members helped stock the Wichita Game Preserve in Oklahoma and then pushed for the establishment and stocking of the Moiese Refuge in Montana.

Buffalo were then added to the Niobrara Reservation in Nebraska. Another herd was introduced at Wind Cave, South Dakota, in 1913, and one in the Pisgah National Forest in North Carolina in 1919. In most instances animals were assembled and shipped by the New York Zoological Park. Surveying American Bison Society results in 1935, Garretson noted that in nine government herds there were 2,435 animals, more than double the number alive in the world when the Society began.