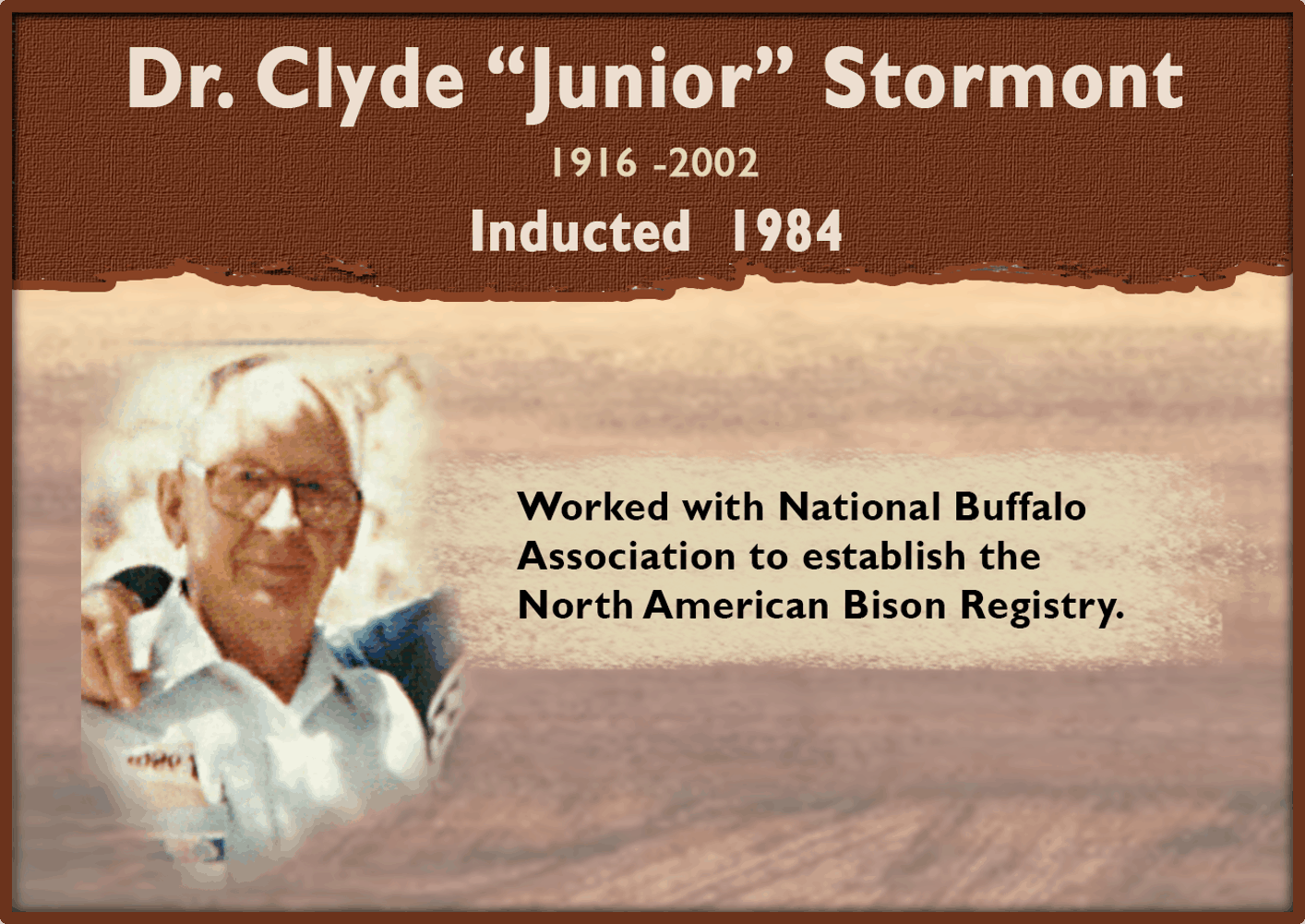 Clyde J. Stormont (1916–2002) was born, in Viola, Wisconsin. Stormont earned his bachelor’s degree in zoology from the University of Wisconsin in 1938, and his doctorate degree in genetics in 1947. He married Marguerite Butzen August 31, 1940. They had five children together.

In December 1943 Stormont joined the Navy. He served active duty during World War II in the Pacific Theater for two years. Upon
completing his military career, he returned to the University of Wisconsin as a graduate student to complete his thesis on cattle blood groups. Employment for Stormont began as an instructor, then lecturer and assistant professor.

In 1949 Stormont accepted a visiting professor position on the Fulbright Program at the Wallaceville Animal Research Station in Upper Hutt, New Zealand. He assisted in setting up a cattle blood typing laboratory.

Just prior to his departure for New Zealand, Stormont was interviewed by the dean of the new veterinary school of the University of
California, Davis. Offering him a position as assistant professor in the department of Veterinary Microbiology, the dean wanted him to bring cattle blood typing to the West Coast. Already committed for a year’s leave as a Fulbright Fellow in New Zealand, the dean said the job would be waiting for him upon his return.

Prior to his service in the Navy, Stormont had worked on a limited survey of blood groups in bison and the University of Wisconsin using cattle blood typing antisera and was anxious to try out the new cattle blood typing antisera made from 1950 through 1955 on bison red blood cells. In the mid-1950s, the manager of the Wichita Mountains Wildlife Refuge at Cache, Oklahoma, made arrangements to have bison blood collected. Stormont went back again in 1962 to collect more blood samples. From these first experiments and others, Stormont and his associates have created a science of blood work in bison. He has worked with a number of public refuges on whole herd identification, and he has sponsored nine publications on the subject of blood groups in the American bison.

In 1976 Stormont became an honorary member of the National Buffalo Association and is listed in Who’s Who in Frontier Science and Technology, 1st edition.

Stormont retired as Professor Emeritus from the University of California in 1982. Together with some of his associates from Davis, Stormont opened a private business called Stormont Labs in Winters, California, in 1982. One of the lab’s projects has been the certification and registration blood work for the NBA-sanctioned North American Bison Registry.