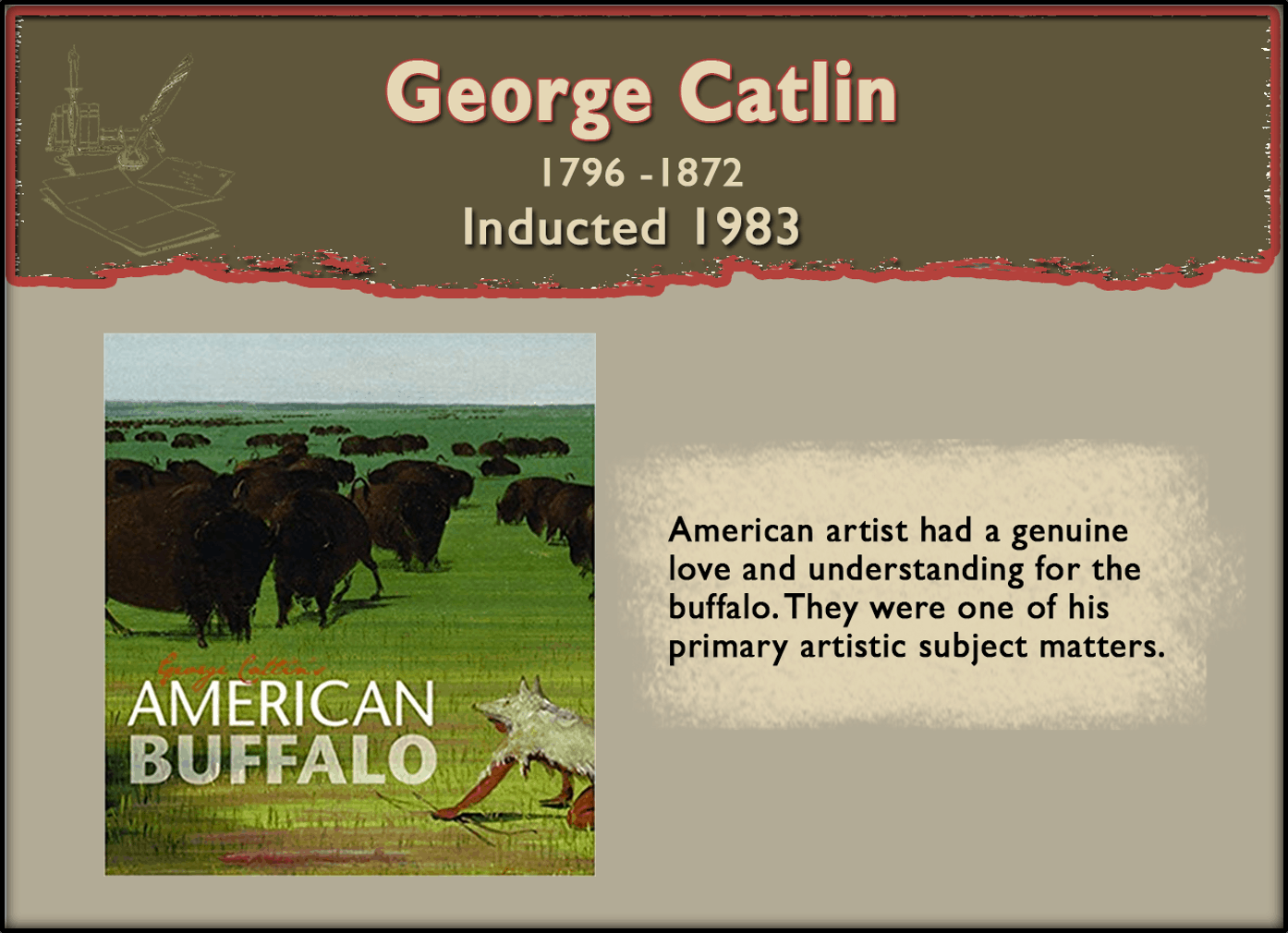 Noted explorer and artist of the bison as well as Native American culture, George Catlin (1796–1872) was born in western Pennsylvania. His grandfather fought British and Iroquois warriors in Pennsylvania’s Wyoming Massacre (1778, Wyoming Valley, Pennsylvania), in which both his mother and grandmother were captured.

Like his father, George studied law but abandoned it to explore the West, traveling perhaps as far as Salt Lake in 1831. His best documented trip was in 1832 when he went up the Missouri on the steamboat Yellowstone, returning by canoe. He was one of the first artists to introduce audiences in the Eastern United States and Europe to bison and to Native Americans of the American West.

Catlin, who had a genuine love and understanding of bison, felt the noble beast was doomed to extermination. In a letter composed at the latter site of Fort Pierre, South Dakota, Catlin wrote:

“Nature has nowhere presented more beautiful and lovely scenes than those of the vast prairies of the West; and of man and beast, no nobler specimens than those who inhabit them—the Indian and the buffalo—joint and original tenants of the soil, and fugitives together from the approach of civilized man; they have fled to the great plains of the West, and there, under and equal doom, they have taken up their last abode, where their race will expire, and their bones will bleach together.

“… One imagines them as they might in future be seen … preserved in their pristine beauty and wildness, in a magnificent park, where the world could see for ages to come, the native Indian in his classic attire, galloping his wild horse, with sinewy bow, and shield and lance, amid the fleeting herds of elks and buffaloes… .

“I would ask no other monument to my memory, nor any other enrollment of my name amongst the famous dead, than the reputation of having been the founder of such an institution.”

During Catlin’s era the idea of raising bison on farms and ranches had not yet occurred, but decades later, Scotty Philip raised his herd where Catlin wrote.