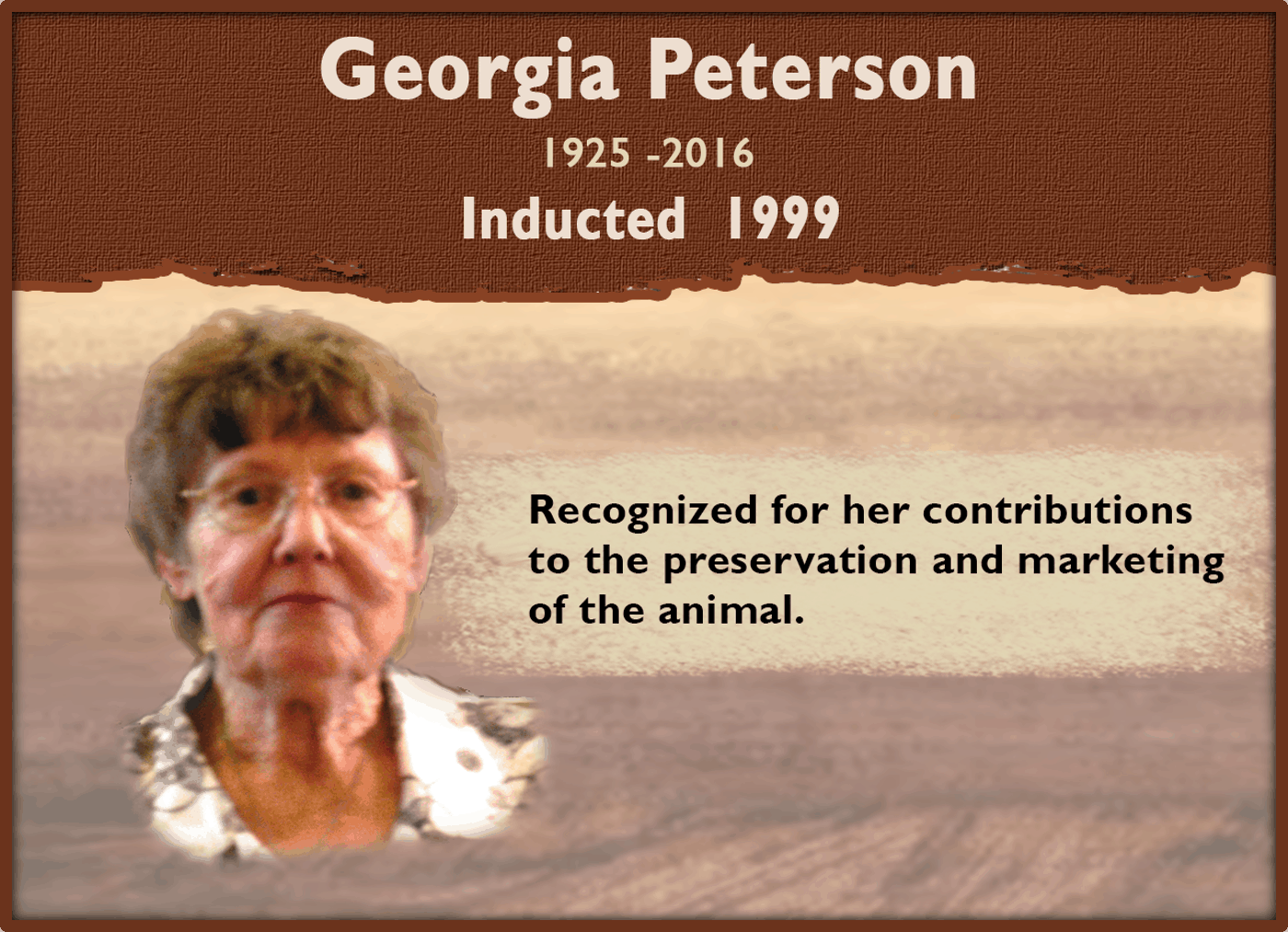 Georgia Peterson (nee Atkinson) and husband Lawrence Peterson, inherited the herd of Buffalo Hall of Fame inductee Earl J. Peterson (Lawrence’s father) upon his death in 1966. Together they maintained the herd until 1972, when all but three of the estate’s bison were sold.

Georgia intended to keep those three as a family hobby. Georgia and Lawrence’s hobby soon supplied meat for a barbecue in town, and they ran their own concession stand selling delicious, wholesome, grass-fed bison.

After Lawrence’s death in 1987, Georgia continued to manage the ranch, lead tours and educate both children and adults on the history of the bison and the benefits that come from them. She was also a National Buffalo Foundation board member.

In 1997, Georgia was joined by her grandson and his wife, who took over management of ranch and its bison operations. This allowed them to increase the herd size to over 900 head.

Today Georgia’s “hobby,” stemming from animals that her father-in-law had purchased from the herd in Ft. Niobrara and now managed by a fourth generation of Petersons, is believed to be the oldest private herd in the country.