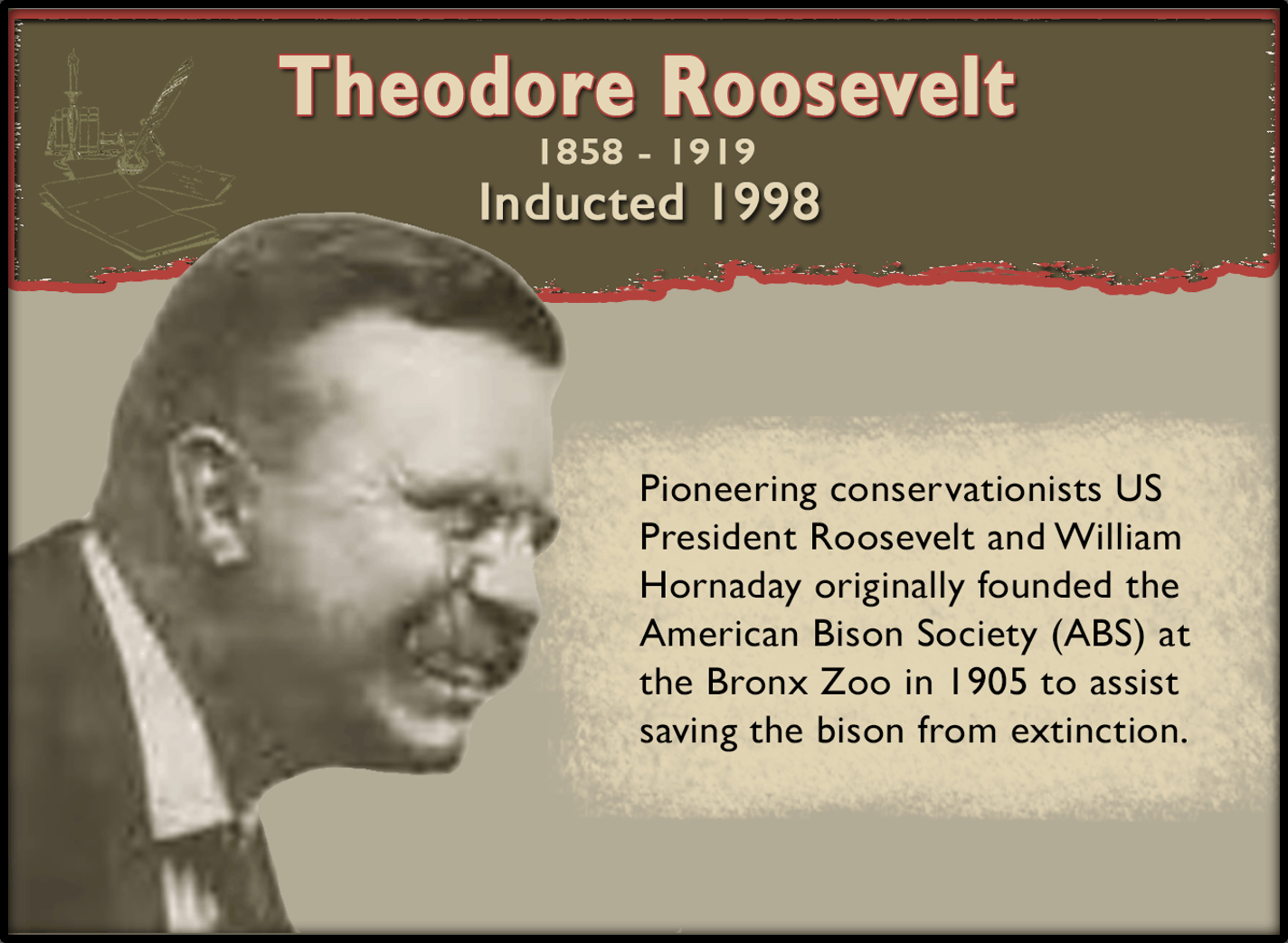 Although Theodore Roosevelt first came to the North Dakota badlands to hunt bison, it was during that first short trip in September 1883 when he devoted himself to their preservation. They had once roamed most of North America but were wiped out in all but a few states.

In 1907, President Teddy Roosevelt and the American Bison Society began efforts to prevent bison extinction by shipping 15 individuals from the Bronx Zoo to Oklahoma’s Wichita Mountains Wildlife Refuge by rail.

Roosevelt and the American Bison Society fostered the support of ranchers, conservationists, Native American tribes and politicians to save the species in what is often described as the first American conservation success story.

Born in New York City, Roosevelt began life as a frail child. Too sickly to maintain attendance in school, he was taught by private tutors and dreamed of becoming a zoologist. It is no wonder, then, that in spite of his long list of stunning achievements, he is remembered as a champion of conservation. He won his presidency at 42 years old in a landslide election, becoming the country’s youngest to hold its highest office.

While president, he expanded and refined the president’s powers as exercised by American presidents to this day. He built up the nation’s defenses to become a respected military power. He secured a treaty with Panama that allowed construction and operation of the Panama Canal. Of all these larger-than-life achievements, Roosevelt is without doubt a renown founding father of conservation of natural resources, paving the way for the conservation movement by extending federal protection to land and wildlife.

He rallied public support of these initiatives with the help of his chief advisor, Gifford Pinchot, the first chief of the newly established Forest Service. Together they launched a campaign propelled through a series of interviews, magazine articles, speaking engagements, conferences, and presidential commissions.

Three geographically separated areas of the North Dakota Badlands form the North Unit, South Unit, and the Elkhorn Ranch Unit of the Theodore Roosevelt National Park, a lasting tribute to Roosevelt’s conservation achievements. Its 70,446 acres (110 square miles) are surrounded by Forest Service grasslands and are entirely enclosed by a 7-foot-tall woven wire fence to keep bison and feral horses inside and commercial livestock out.

The park is popular among wildlife watchers for its abundance of Great Plains wildlife. In addition to American bison, they include mountain lions, feral horses, elk, bighorn sheep, white-tailed deer and mule deer, and prairie dogs. In a calendar year, well over 180 species of birds can be observed here, including golden eagles, sharp-tailed grouse and wild turkeys.

Roosevelt also loved ranching. A museum at the South Unit Visitor Center provides background on his ranching days, and his Elkhorn Ranch remains within the park’s limits 35 miles north of Medora.