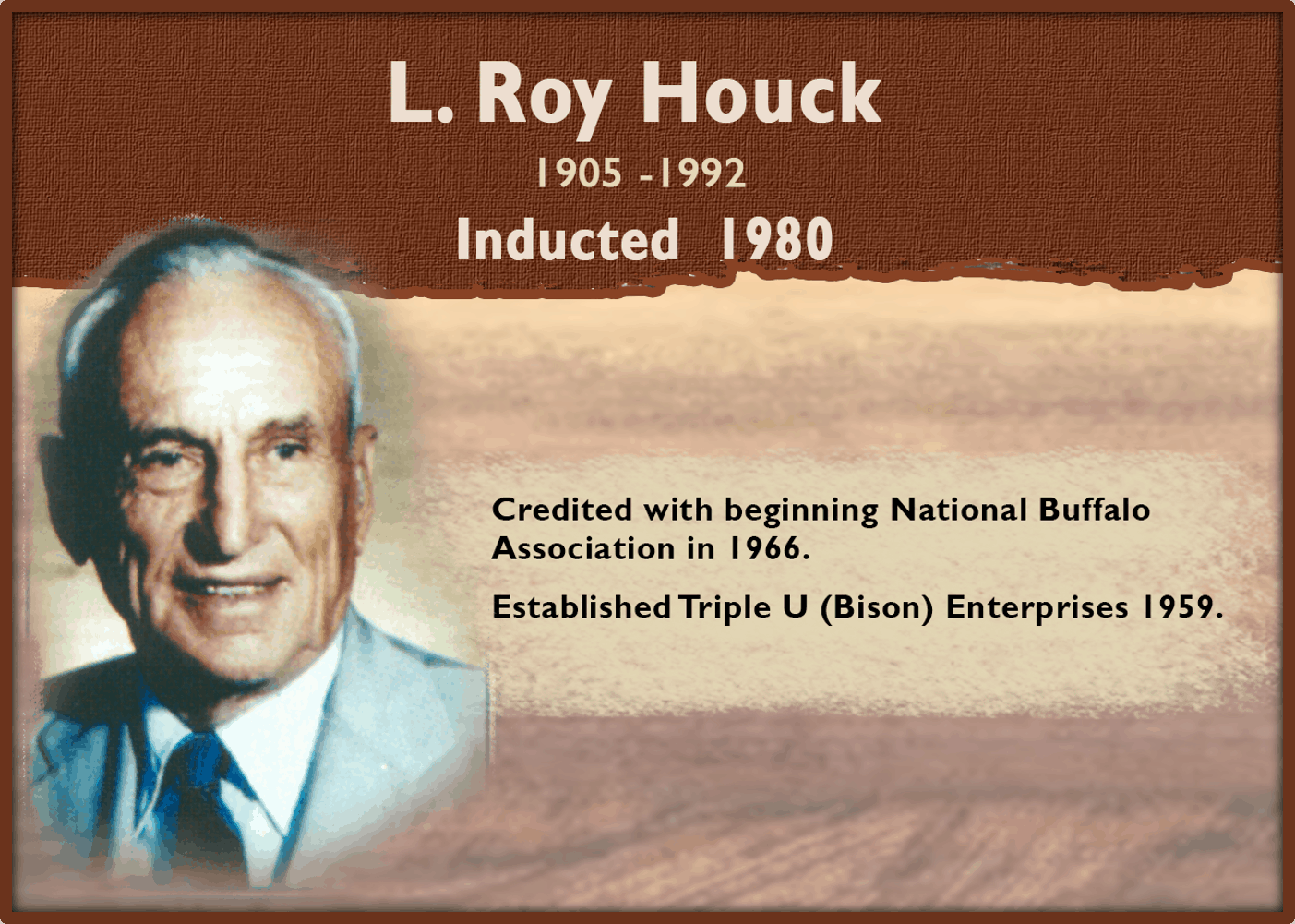 Moving from South Dakota to Nebraska and then back to South Dakota, Roy and Nellie Houck eventually settled on a nearly 50,000-acre ranch northwest of Fort Pierre, establishing Triple U Enterprises / Standing Butte Ranch in 1959.

Already an established cattle rancher, Houck wanted to include bison in his ranching endeavors. He purchased 15 head from a game refuge in Montana. Finding buffalo a hardier animal and able to withstand the harsh Dakota weather better than cattle, Houck decided to phase out his cattle operation, purchasing 500 head of bison from Custer State Park. Houck foresaw a promising future in bison but needed a place to market his product. Houck convinced 50 other bison breeders to form the National Buffalo Association in 1966.

The owner of one of the world’s largest privately owned herds of its time, Houck was also one of the few living men who actually saw the Philip herd in person, the progenitors of his own herd.

After years of hard work, lots of sweat and luck both good and bad, Houck became one of the most successful bison ranchers in the country. This success could be attributed to his philosophy of allowing bison to live naturally. The 3,000 to 4,500 bison grazed freely, year-round, on 35 separate pastures and water from 200 ponds. Nothing extra was fed to the main breeding stock, but the calves were given supplements the first year to give them a little boost.

On the 46,000-acre ranch—much of it in such pristine, pre-European condition that it and its bison were used as the setting for key parts of the 1990 movie “Dances with Wolves”—Houck evolved from a bison hobbyist to commercial success raising breeding stock, eventually building a bison slaughtering and processing plant.

Houck served South Dakotans as a state senator and lieutenant governor. In 1978 he was named South Dakota Eminent Farmer by the state cooperative service. His other services to the state and to agriculture resemble an agricultural directory, but he is best known as Mr. Buffalo.