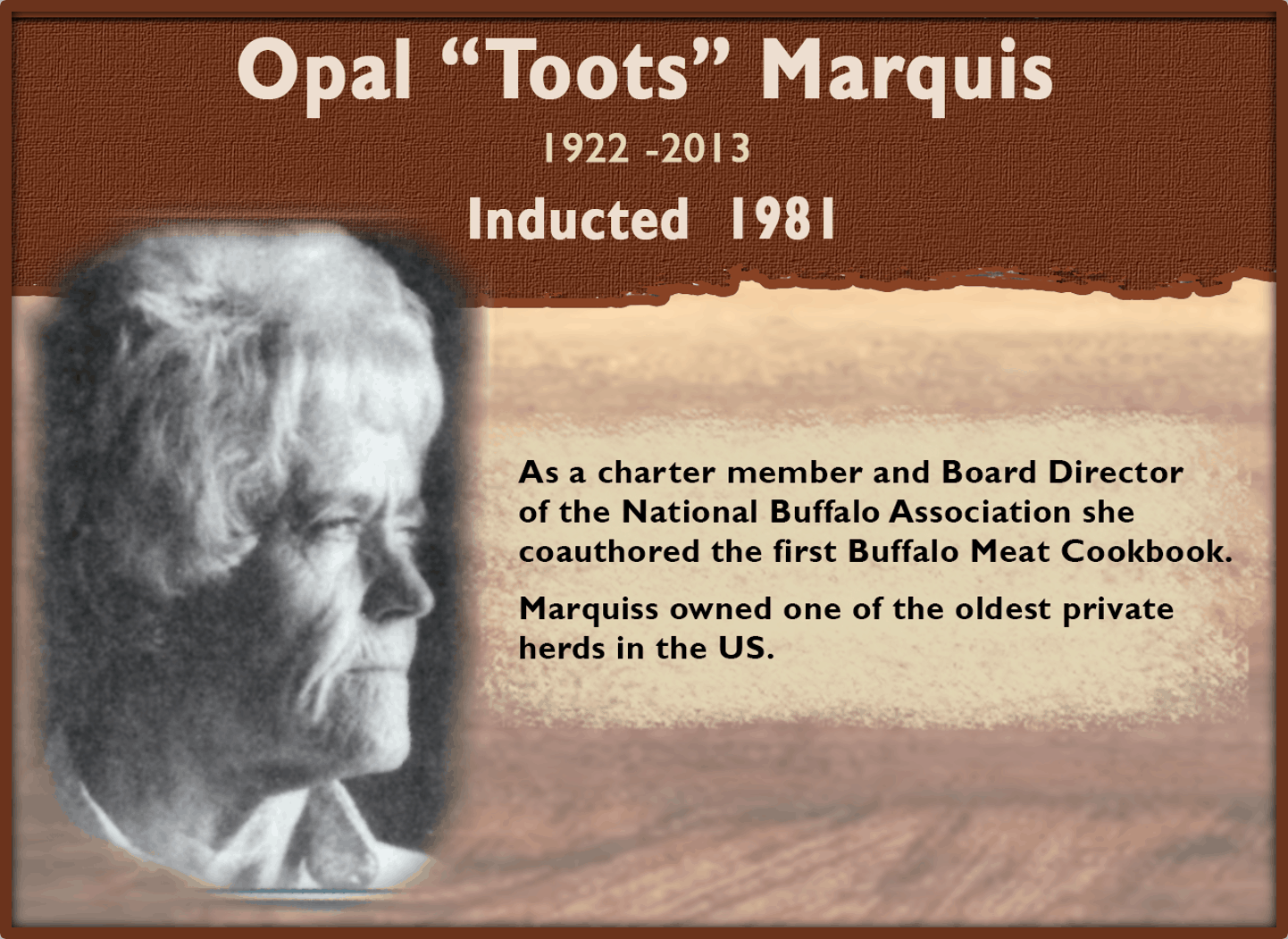 Known to all as “Toots,’ Opal Elaine Wagensen (1922–2013) lived on a ranch 35 miles south of Gillette, Wyoming, neighbors to the Marquisses. The Marquiss ranch “just always had buffalo,” she said, “even when I was a little girl.” She married Quentin Marquiss, raising two children with him: Gary and Trigg. When the children were in school, the family lived in Gillette, Wyoming, commuting to the ranch on weekends to see how the hired man was getting along.

Marquiss owned one of the oldest private herds in the nation, first bought by her husband’s father, Ted, in 1922 from the Scotty Philip herd. Ted bought two cows and a bull just for fun.

Quentin died in a tragic airplane crash in 1964. In spite of the burdens placed upon a widowed mother, Toots kept her family and the ranch going strong. Toots maintained her herd as a hobby with zero-management at 75 head. Surplus bulls were harvested by field slaughter to keep the numbers within the capacity of the 12,000-acre range. The herd was also unusual in being totally inbred—the entire herd descending from the original three calves purchased in 1922. Improvement was achieved by harvesting out the lesser bulls.

Her drive, her love of entertaining family and friends and her endless dedication in service to others belied her 50-year struggle with rheumatoid arthritis. She was a member of a number of community groups in addition to serving as director of the National Buffalo Association. An NBA charter member, Marquiss served on the Board of Directors from 1967 through 1971. Marquiss and Nellie Houck co-authored NBA’s first Buffalo Cookbook. She also helped host two NBA conventions held in Gillette.