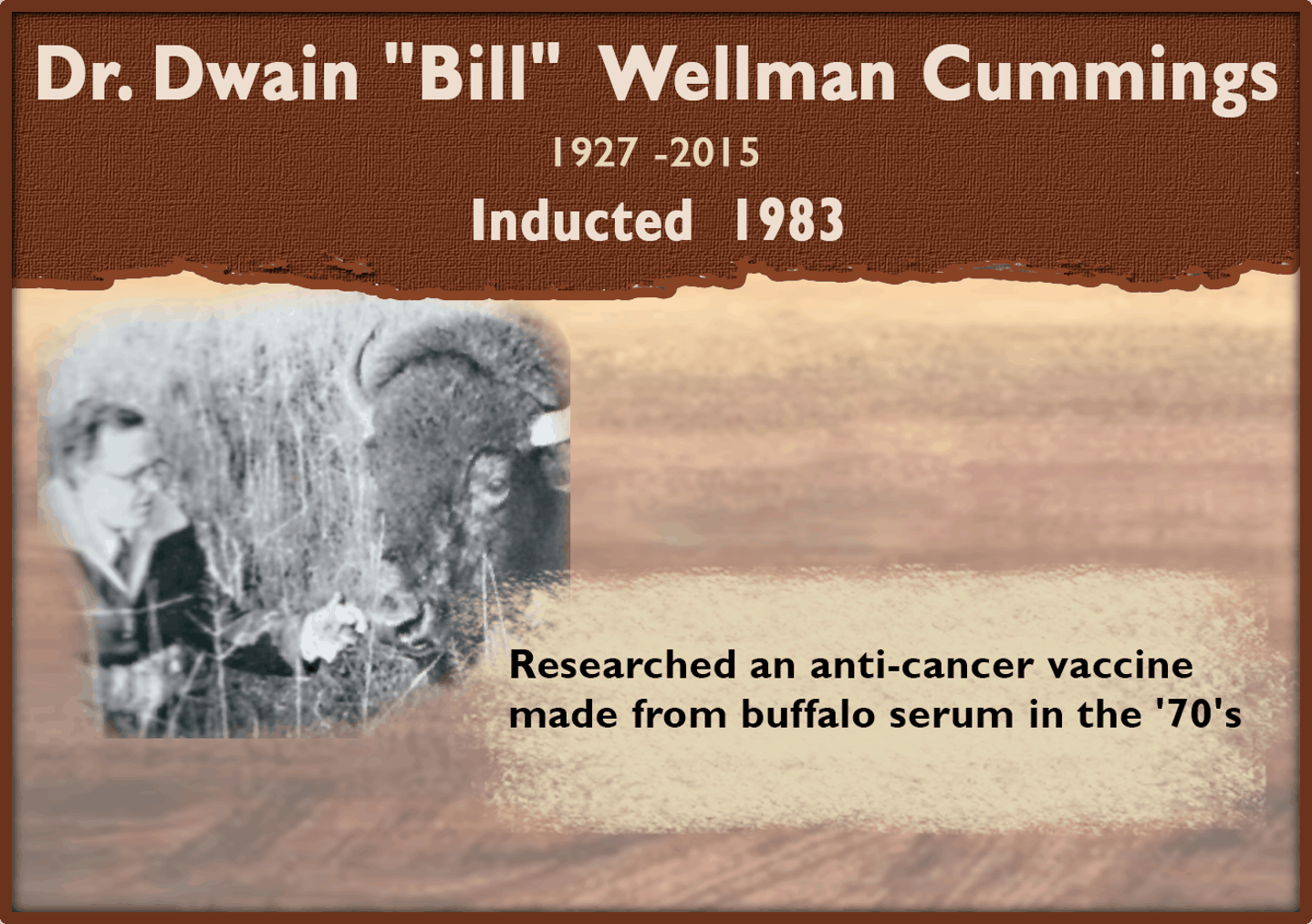 Known internationally as “The Buffalo Doctor”—Dr. Dwain “Bill” Wellman Cummings (1927-2015) was a leader and founding member of the National Bison Association. Cummings is remembered for his character, activism, professional achievements and his devotion to promoting the importance of the American bison and its role in Native American culture.

Cummings was part Lakota Sioux, born and raised on the Sisseton Reservation in South Dakota the year the Great Depression hit hardest. The combination of extreme poverty and his Native American upbringing give some insight into Cummings’ aspirations. Like many Native American tribes, the Lakota have a historical and spiritual connection with the bison. The animal provided them with food, clothing and tools that allowed them to endure extreme climates of the Great Northern Plains.

Honorably discharged from the U.S. Navy for his service in WWII, Cummings used his GI Bill benefit to pursue education as a surgeon at the University of Iowa, where he met his wife. He later enrolled at what was then called Des Moines Still College of Osteopathy and Surgery.

Completing his surgical residency in the 1950s, he purchased land in Stanwood, where he moved to start his own practice. Friends, family and patients attest to Cummings passion for treating all patients, regardless of their ability to pay. He himself said he never worked for money; he just wanted to help people.

Cummings brought the buffalo with him to Michigan’s Upper Peninsula, purchasing farmland and installing a small herd there. He often hosted buffalo barbeques as fundraisers for such things as improvements to the Mecosta Memorial critical access health facility.

Outside of his daily work, he took on special projects, like researching an anti-cancer vaccine made from buffalo serum. He and his family raised several animals including, “Little Joe,” a pet Buffalo that was the star subject of several Muskegon Chronicle articles and television show and community appearances during the 1970s and 1980s.

When Cummings noted that dead buffalo and elk at Yellowstone National Park had been left rotting in the wilderness, circulated a local petition urging legislators and officials at the National Parks System and the Bureau of Indian Affairs to keep a promise made in 1965 that would send surplus buffalo meat to reservations.

National Geographic magazine gave his devotion to bison preservation and awareness widespread recognition with a feature article published in 1994.

But Cummings’ activism and philanthropy extended to all creation. He and pilot friend Paul Davids traveled to Honduras to deliver supplies to victims of Hurricane Fifi.

It wasn’t his first airlift of humanitarian aid. Cummings was arrested for obstruction during an FBI blockade during the 1973 incident at Wounded Knee, South Dakota, a 71-day protest and armed conflict over the federal government›s failure to follow through on treaties developed decades earlier.

The FBI and National Guard blocked food from reaching the community and cut off the area’s water supply. Cummings received a request for food and medical supplies by some of those being blockaded. He engaged a friend and pilot to help him fly in relief, removing the back seat of a small Cessna plane to make more room for supplies.

Authorities arrested the duo the next day, but criminal charges were later dropped after the pair pled guilty on two FAA violations. On the way home from a hearing related to that incident, Cummings encountered a family with an unconscious toddler on Michigan’s Interstate 96. The boy had succumbed to carbon monoxide poisoning. Cummings saved the boy using external heart massage and mouth-to-mouth resuscitation.

Cummings practiced medicine in Michigan’s Muskegon and Stanwood communities for 28 years and also taught Anatomy and Physiology at Muskegon Community College. He served multiple terms as president of the West Michigan Osteopathic Association.

Cummings’ wife Jean authored several books about her husband and their family’s interesting life with bison, including Why They Call Him the Buffalo Doctor, Alias: The Buffalo Doctor, Buffalo in our Backyard and Stardancer. 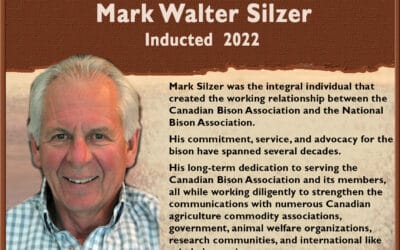