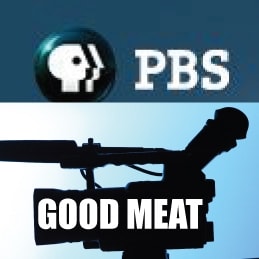 A diet developed by a Rapid City doctor that focuses on traditional Lakota food and helped a Pine Ridge man lose more than 60 pounds was the focus of a documentary. A Rapid City doctor developed the program, and it caught the interest of filmmakers Sam Hurst of Rapid City and Larry Pourier, also of South Dakota.

Their film, “Good Meat: How the Lakota Got Fat and Beau LeBeau Changed His Life,” documents how LeBeau adopted “The Dakota Diet: Health Secrets from the Great Plains,” a book written about a diet developed by Dr. Kevin Weiland. The diet focuses on eating foods from this area: buffalo and wild game, fresh fish, soy and flax seed.

LeBeau lost more than 60 pounds. “My goal wasn’t a weight but to be alive in 15 years,” says LeBeau of Thunder Valley. “The way I was going, I wasn’t going to be around much longer.” The film focuses on 200 days of LeBeau following the diet.

LeBeau is 5 feet 9 inches tall, and he weighed 333 pounds at the start. He admits he had less-than-healthy habits. “Sweets, chocolate, Snickers bars, Twin Bings, that was the hardest,” LeBeau says. “I replaced them with bananas and grapes. Actually, I crave them now.”

Weiland, an internal medicine doctor at the Rapid City Medical Center, says the story is more than weight loss.  “He was eating not just to lose weight, but to maintain health,” Weiland says. “When we started, he couldn’t run for six minutes on the treadmill.”

Since changing his habits, LeBeau’s good cholesterol numbers rose, while his bad ones dropped. Weiland says it also has helped with his diabetes and liver problems. The point isn’t to be thin but to make positive changes, Weiland says.

Hurst, who has won Emmy Awards for his TV work, says making the documentary also showed him that traditional culture is returning to reservations.  Native American Public Television, a component of the Corporation for Public Broadcasting, provided funding for the project, Hurst says. Rapid City Medical Center, along with Weiland, who is a Madison native and an associate professor at Sanford School of Medicine, provided the health care services – estimated at $12,000 – for free.

Dr. Kevin Weiland, an internal medicine doctor from Rapid City, started with the benefits of buffalo but quickly realizing that foods from the Dakotas could form the framework of a food pyramid uniquely Midwestern. The diet is high in Omega-3 fatty acids, the good fats that help reduce bad cholesterol. They are high in foods such as buffalo meat and wild game, fresh fish, soy and flax seed.